I decided to try it out in a setup that suited me. Here’s how it went.

Put simply, BSDPy is an alternative to Apple’s NetBoot/NetInstall. The premise is to provide a NetBoot/NetInstall service from a Linux host, removing another necessity for an OS X Server. Since Apple stopped providing server-grade hardware, this has been on Mac Admins’ agendas.

The posts above details all the reasons for trying this. This post is not intended to replace those posts, simply to document the set up I used to get this working.

My set up is a MacBook Air, with 8GB RAM, and the following programs installed:

Side note: I use AutoPkg to install TextWrangler, VirtualBox and Vagrant.

My setup was based on instructions on @rtrouton’s Der Flounder blog entry Building Mac test environments with VMWare Fusion, NetBoot and DeployStudio.

I used a CentOS 7.0 VM to better emulate my shop’s configuration.

If you wish, you can just clone the Vagrantfile and startup.sh shown below using git, and move on to Step 4:

Otherwise, carry on reading to create the files yourself:

Vagrantfile should have the following contents:

Edit the contents of startup.sh. The ETH variable is the network interface you are going to use. In my case, the virtual interface created by my VMware Fusion installation (enp0s8) worked best. You may get away with eth0 or eth1. Experiment!:

Or use an existing one. I won’t go through GUI snapshots. Just make sure Python is enabled, and it’s set to HTTP type (not NFS). Once created, you need to move or copy it to the nbi folder and make some tweaks:

You may wish to remove the entries from the DisabledSystemIdentifiers array. You should also ensure the following keys are set as follows:

It’s time to start up your virtual Linux server.

You will be asked to select a network interface. On my tests, vmnet8 was the correct choice.

Now, we are ready to run the startup script. If all goes well, you should be able to netboot to your NBI!

My setup encountered problems with a VirtualBox Guest Additions mismatch. YMMV. This is why I haven’t set startup.sh to run in the Vagrantfile. You can uncomment it from the Vagrantfile if you want to try this out, and can certainly uncomment for subsequent vagrant up runs. These commands fixed it:

If you encountered this too, you’ll get an error about needing to install a new kernel-devel-3.* package. Copy the version into the command:

Boot up your VMWare Fusion OS X VM. If all goes well, you’ll see the VMWare boot screen, attempting to boot from EFI Network, and then the OS X boot screen with spinning globe: 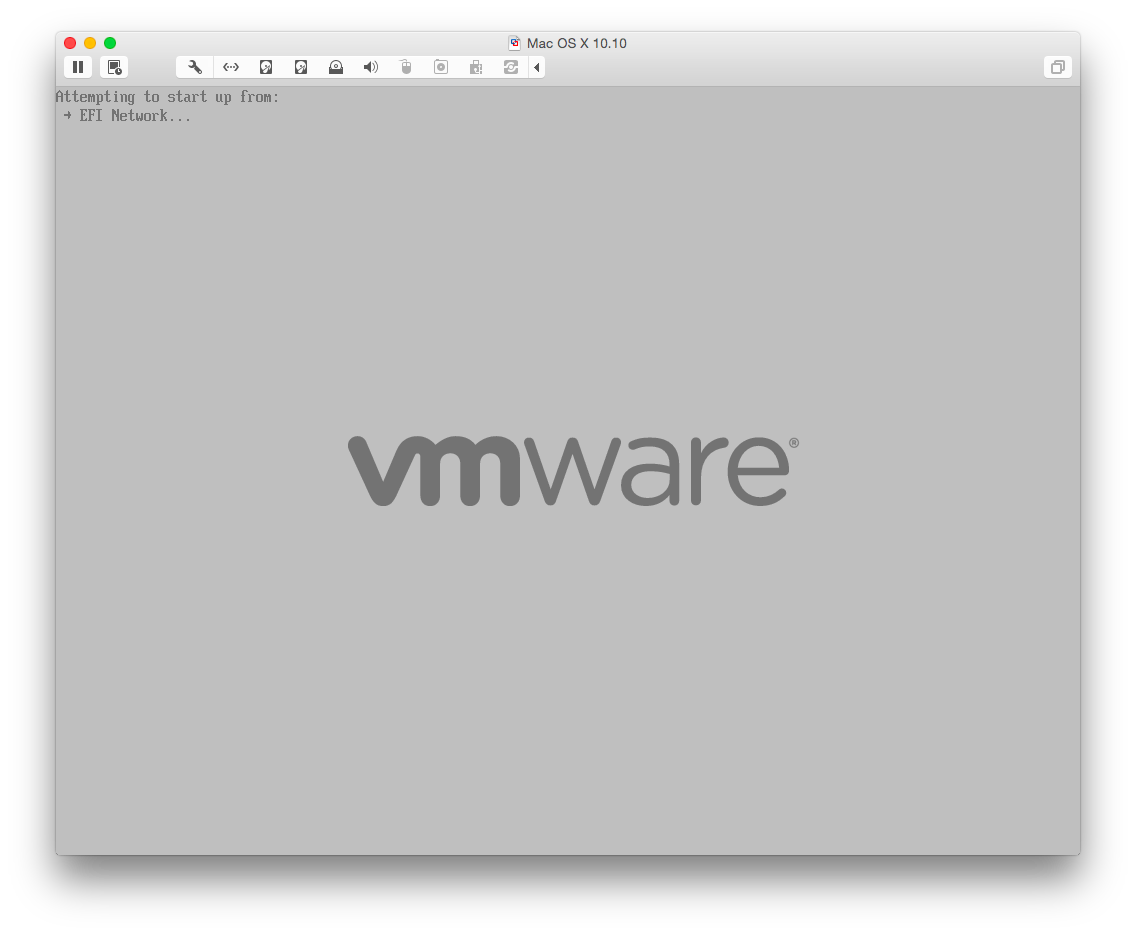 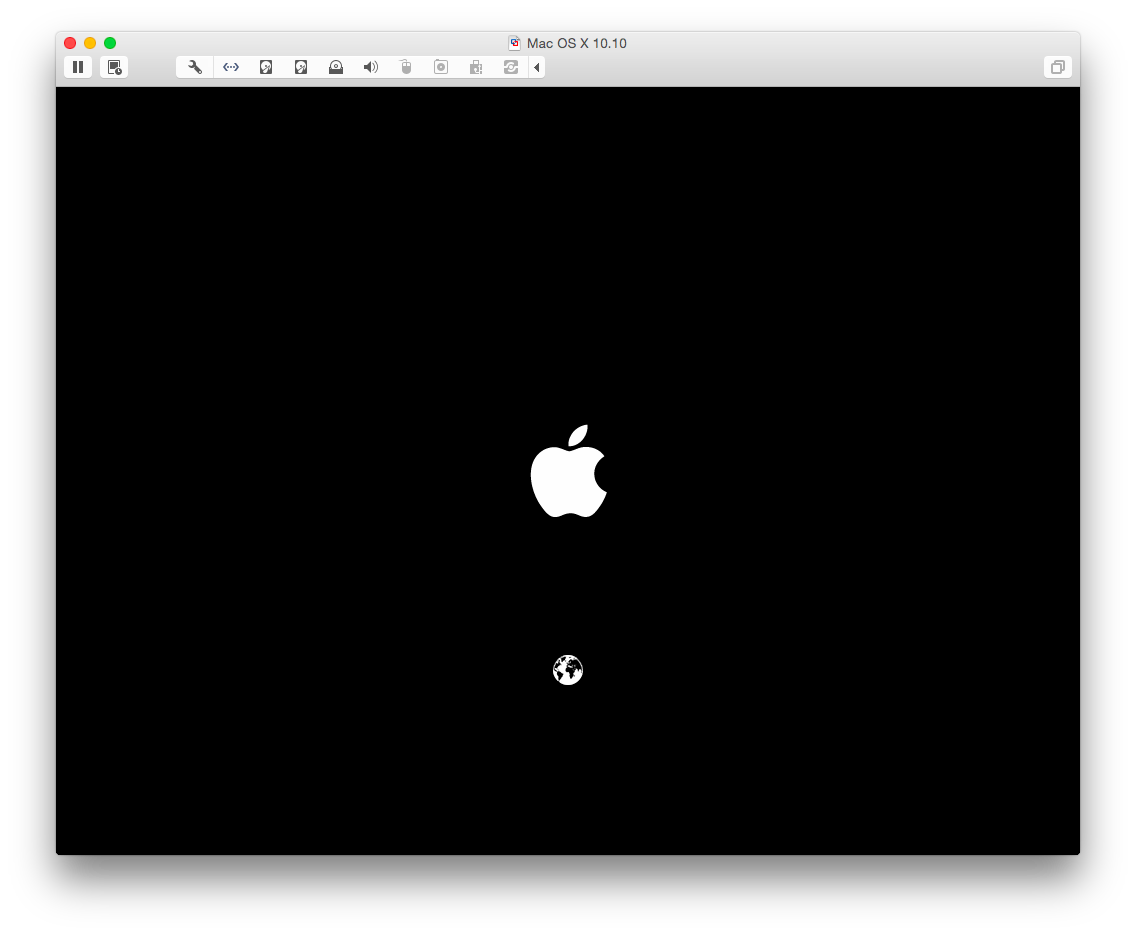 To check what’s going on, you can monitor the log: 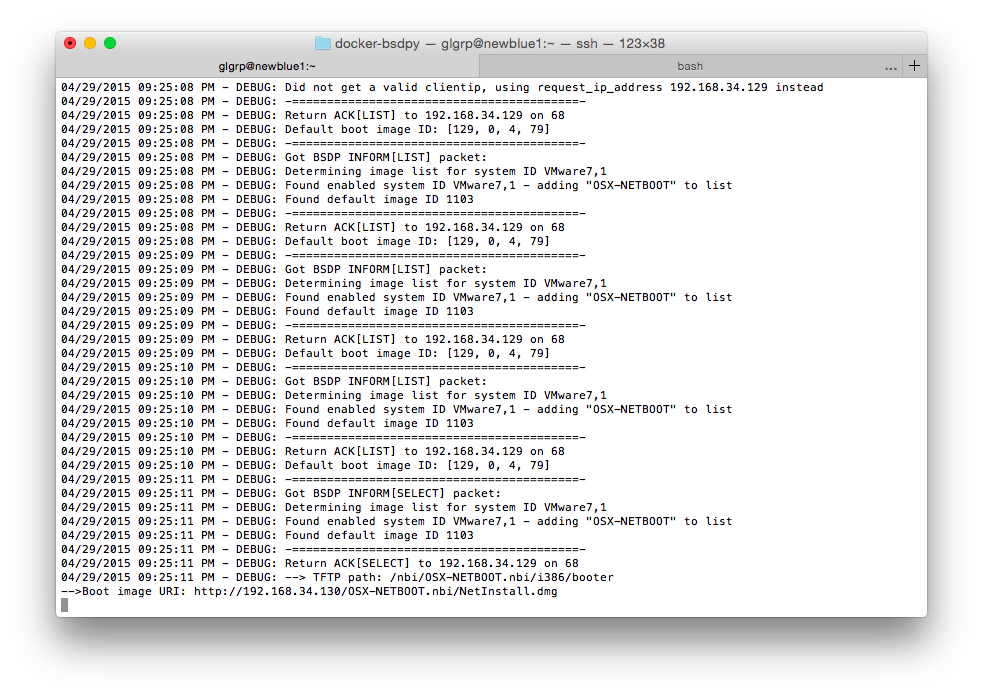 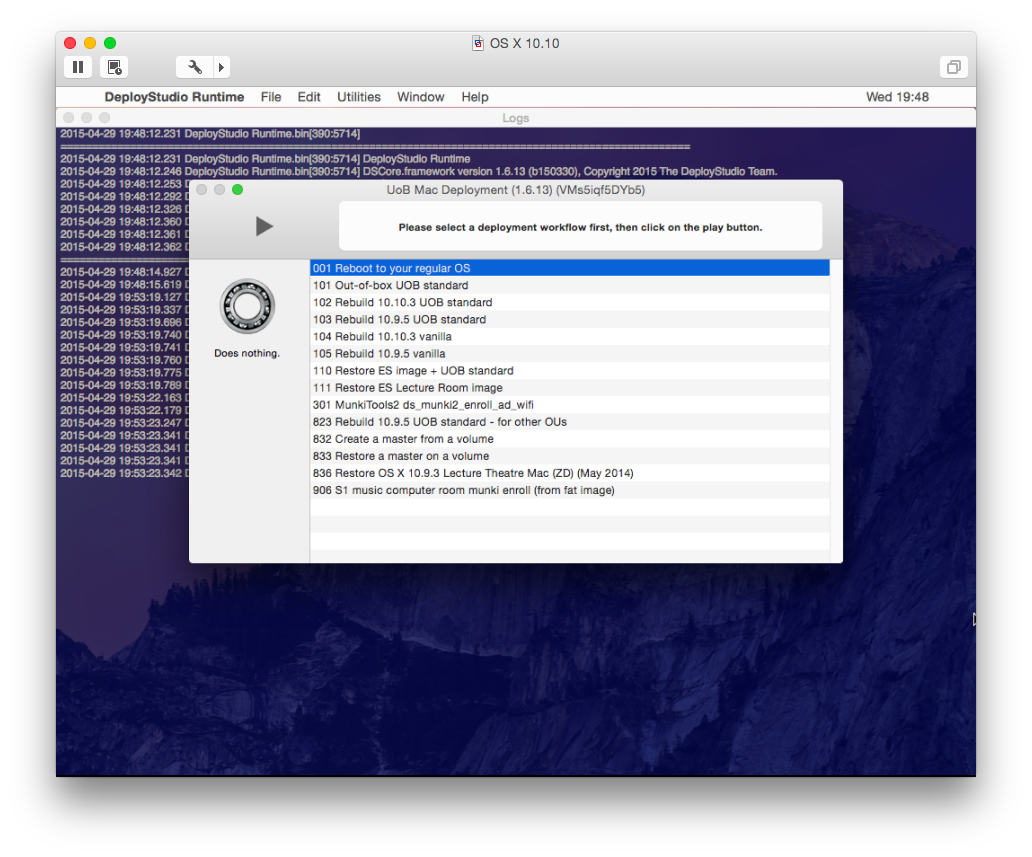