Apple today made an error with a security update that could have a high IT support cost. As reported in MacRumors Forums, “Software update 031-51913”, designed to block some incompatible Kernel Extensions, also renders certain Mac models unable to connect to the Internet via Ethernet ports, as the ports become unrecognised after a reboot. These types of updates are not reported via the Mac App Store; they are installed silently, similar to Apple’s XProtect anti-malware updates.

Apple have already released a fix, which can be directly downloaded as a package:

As noted on Twitter by @MikeyMikey, you can tell if the fix has been deployed in /var/log/install.log, as you will see 031-52551 | Incompatible Kernel Extension Configuration Data 3.28.2:

Affected Mac computers that are connected via wi-fi will get the update and the Ethernet adapter will be once again detected and functional. But if wi-fi is unavailable, it won’t be possible to use deployment methods such as Munki, ARD, Casper etc, or wait for automatic updates to fix the error. Manual intervention is required, either connecting via external Ethernet adapter and running software updates, or transferring the fix manually with a Flash Drive. That could be a support-time problem in organisations that have ethernet-connected Mac labs, common in education.

How to avoid this in future?

After this error by Apple, IT organisations may need to consider testing Apple security updates before deploying them to their Mac fleets. There are two ways you can achieve this:

Home users can uncheck the option to “Install system data files and security updates” in the App Store System Preferences panel. However, as Apple’s mistake is likely to be very rare, and as this particular error only affected computers that solely use the Ethernet port for Internet connectivity, it is likely to remain a better security decision to leave the option checked. 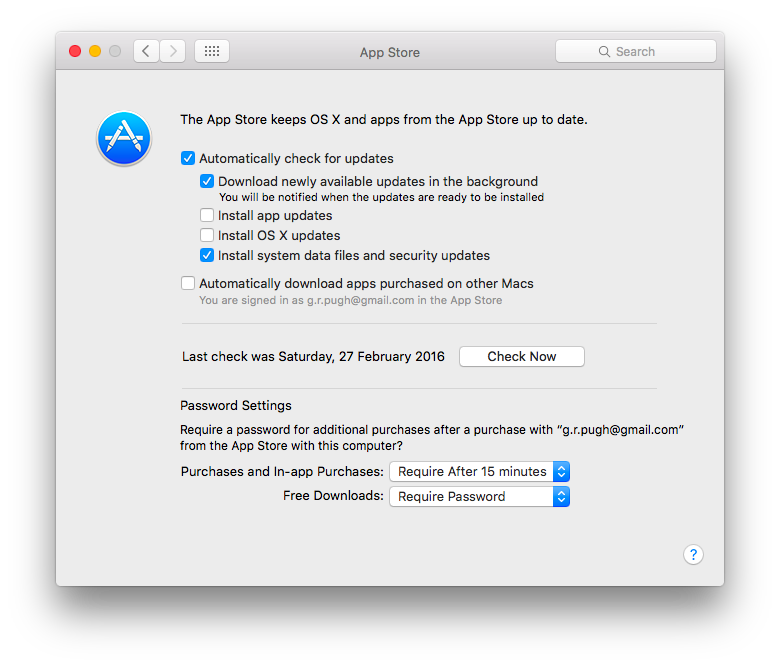