A customer pointed out to us that when a new version of TeamViewer was pushed to a client managed by Jamf Pro, the application would open during the installation of the package. That can be confusing to users, or badly timed.

Note: by TeamViewer I mean the full application that acts both as client and server. TeamViewer QuickSupport does not have this problem. 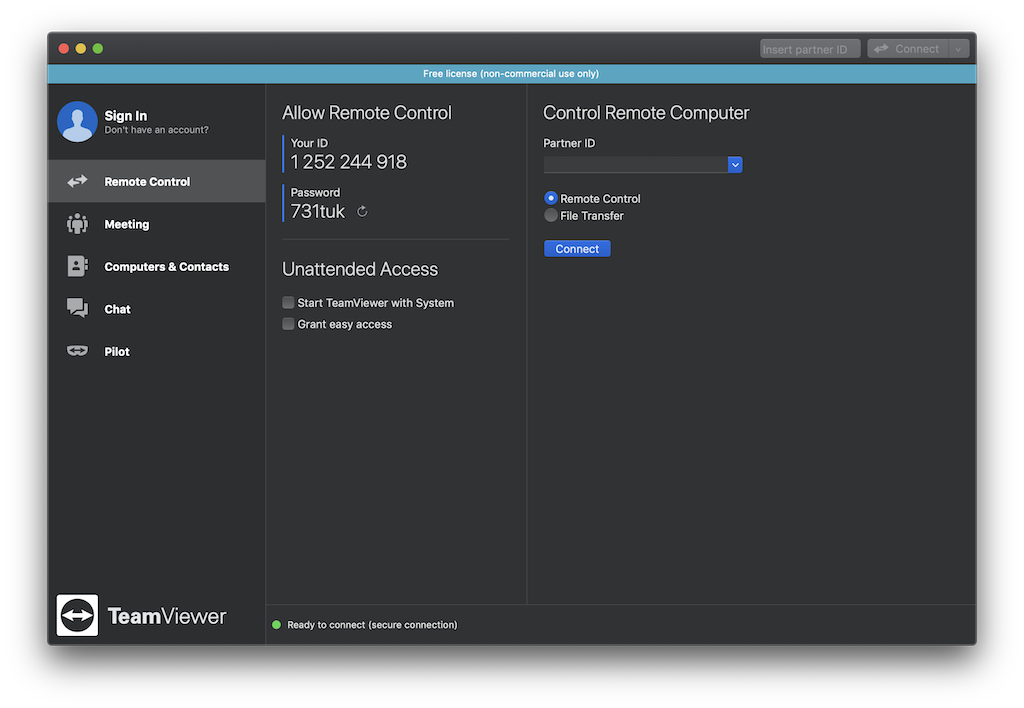 TeamViewer provide their installer as a package. We use AutoPkg to obtain the package automatically, namely the TeamViewer.pkg recipe from autopkg/cgerke-recipes, which has as a parent recipe TeamViewer.download from autopkg/hjuutilainen-recipes. The .pkg recipe simply extracts the version and renames the package accordingly, but does not repackage. Our own internal .jss recipe uploads the package to our Jamf Pro distribution points.

I could not find any documentation on how to prevent the application opening, so had a look at the package using Suspicious Package, which revealed that a script named functions is sourced by the postinstall script within the package. In functions, a function restartService determines whether the application is opened or not based on the existence of ${pathToAppPath}. 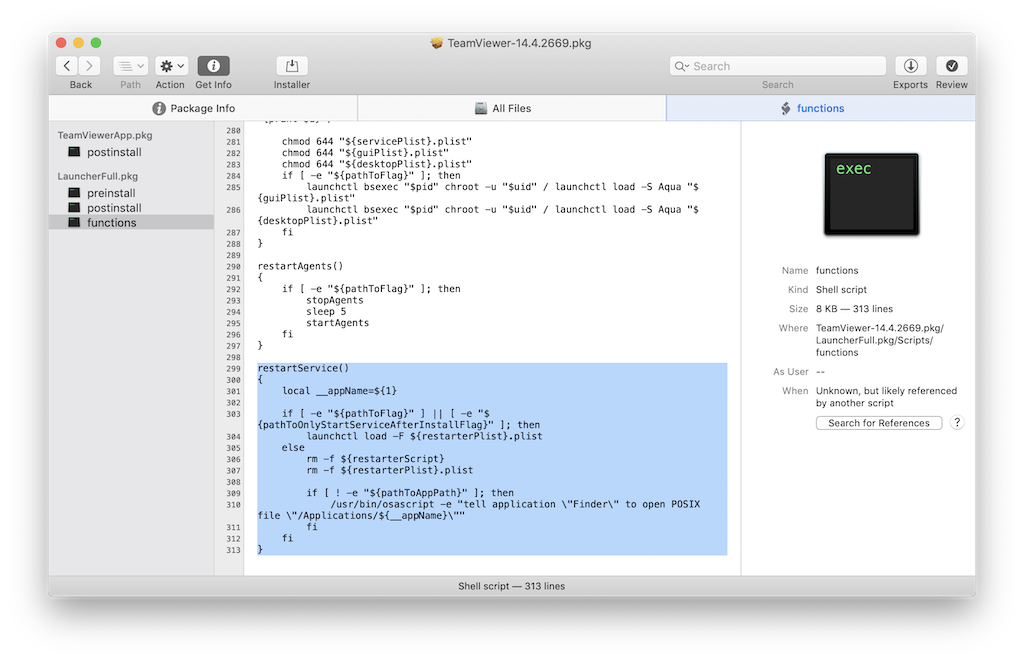 ${pathToAppPath} is defined as a file path further up the functions file:

So all we need to do is ensure the file /tmp/tvPath exists before installing.

Chris Dietrich (@cdietrich on MacAdmins Slack) helpfully spotted that if the /tmp/tvPath file exists, the contents determine where TeamViewer will be installed, so we need to take care to add /Applications as the contents of the file: 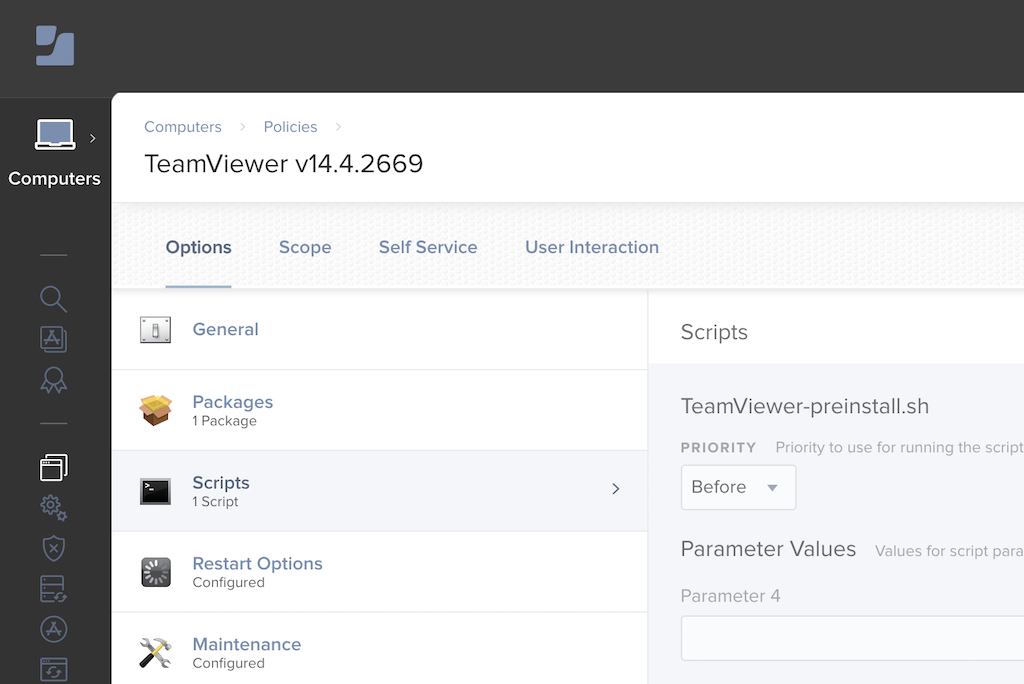 We’ve added this as a preinstall script to our internal .jss recipe.